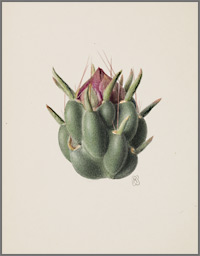 Botanical art of the sonoran desert: past and present

In celebration of the long tradition of botanical art, the Sonoran Desert Florilegium Program of the Tucson Cactus and Succulent Society in partnership with The Art Institute of the Arizona-Sonora Desert Museum presented examples, from the past to the present, of engravings, lithographs, illustrations, drawings, and paintings of Sonoran Desert plants. The exhibit ran from August 24 to October 27, 2013, and featured past works by internationally regarded botanical illustrators and works by contemporary botanical artists.

Older examples of botanical art were displayed within the historical context of both the Sonoran Desert Region and botanical art in general. The exhibit began with contemporary works that had been juried into the exhibit. It then continued from the oldest pieces through to the present, ending with illustrations from current projects involving botanical art.

The complete exhibit is online and can be seen here. 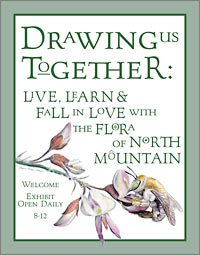 Drawing us together - live, learn and fall in love with the flora of north mountain

This permanent exhibit of botanical art has been created by artists of the Southwest Society of Botanical Artists (SWSBA) working in partnership with the Conservation Alliance and the Save Our Mountains Foundation. On display in the Education Room of the North Mountain Visitors’ Center, these illustrations portray many of the Preserve's plant species, as identified by the North Mountain Plant Inventory Project. The goal of the inventory is to document the botanical diversity of the Preserve, and the goal of the SWSBA is to provide illustrations of the entire inventory of plants. Works in the exhibit will rotate as illustrations are added to the collection.

Read more about this exhibit here. A selection of the illustrations can be view here. 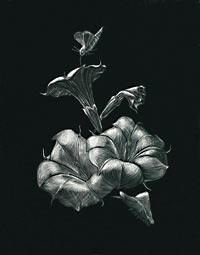 The juried exhibit included sixty works in a variety of media by members of the Southwest Society of Botanical Artists (SWSBA). In celebration of the state's centennial year, many of the works include plants native to Arizona, plants of other locales, and creatures of the natural world.

SWSBA is the Arizona chapter of the American Society of Botanical Artists. Members have backgrounds in fine arts, graphic arts, business, technology, and education, but they all share a love of the natural world, especially plants. 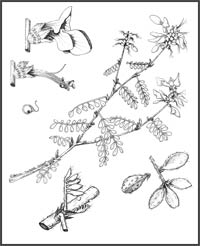 This traveling exhibit highlights the ongoing work of the Desert Legume Program, a joint project of the Boyce Thompson Arboretum and the University of Arizona College of Agriculture and Life Sciences. In addition to the completed illustrations, this exhibit includes work-in-progess drawings that show the various stages of production of a scientific illustration.

More information about the Desert Legume Program and Legumes of Arizona can be found here. 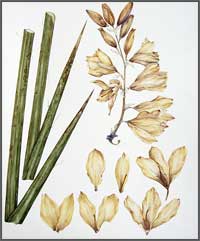 This juried exhibition showcased Arizona's native plants during the state's centennial and coincided with the Tempe Center for the Arts Arizona Centennial Celebration.

Read more about SWSBA's exhibit and view the exhibit → 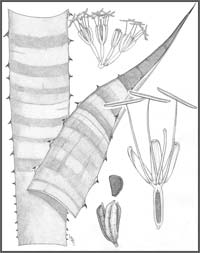 Selected botanical illustrations from Howard Scott Gentry’s Agaves of Continental North America were collected into an exhibit in 2009 to showcase Gentry’s seminal work as well as the art of its three renowned illustrators, Regina O. Hughes, Lucretia Breazeale Hamilton, and Wendy Hodgson. The drawings were loaned to the Sonoran Desert Florilegium Program for the exhibit by the University of Arizona Herbarium. This was the first time that original illustrations for Gentry’s book had been presented for public viewing.

In the spring of 2009, the Tucson Cactus and Succulent Society (TCSS) hosted the Cactus and Succulent Society (CSSA) Biennial Convention. In cooperation with the Art Institute of the Arizona-Sonora Desert Museum (ASDM), the Sonoran Desert Florilegium Program presented two art exhibits depicting cactus and succulents to coincide with the convention. A Closer Look at Cactus & Succulents and Illustrations from Howard Scott Gentry’s Book, Agaves of Continental North America, were on display at the ASDM during the convention in Tucson.

Read more about these exhibits  →