Botanical art of the sonoran desert:
past and present (2013)

The exhibit in its entirety can be viewed online here.

Sponsored by the Sonoran Desert Florilegium Program and the Art Institute of the Arizona-Sonora Desert Museum, this exhibit focused on the unique plants of the Sonoran Desert and displayed past works by internationally regarded botanical illustrators as well as works by contemporary botanical artists.  Read more   → 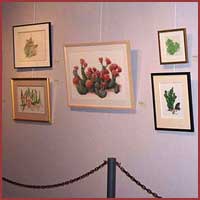 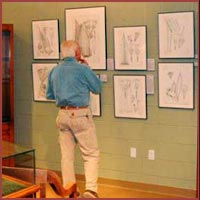 This exhibit, a cooperative effort by the Florilegium Program, the University of Arizona Herbarium and the Arizona-Sonoran Desert Museum, brought to the public 31 historical works of art of plants indigenous to the Sonoran Desert Region. Viewers were given an opportunity to see the original work of three botanical illustrators, to learn more about the work of scientific illustration and to become acquainted with one of the foremost botanists of the southwest, Howard Scott Gentry, whose work, Agaves of Continental North America, continues to be the definitive (taxonomic) authority on agaves.   Read more  →