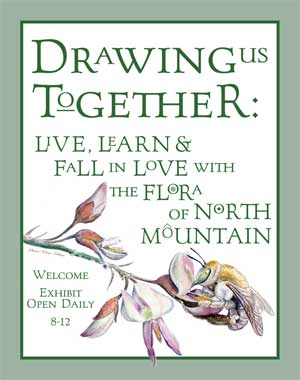 December 2013.   Over the past year, the Central Arizona Conservation Alliance and a team of citizen botanists led by Wendy Hodgson, Curator of the Desert Botanical Garden Herbarium, have been conducting a floristic inventory of the North Mountain area of the Phoenix Mountain Preserve. The goals of the North Mountain Plant Inventory Project are to:


Members of the Southwest Society of Botanical Artists (SWSBA), Elaine Hultgren, Joyce Peters, and Marsha Bennett, are working with Stacie Beute of the Conservation Alliance and Leslie Spencer-Snider of the Save Our Mountains Foundation to develop a permanent botanical art collection of these plants that will be exhibited at the North Mountain Visitor Center located in the Preserve. Illustrations have been selected and materials purchased, and signage is being developed. The exhibit will open January 2014.

To date, 137 species and subspecies have been identified on the Preserve, and this number is expected to increase substantially. Less than 20% of the identified species have been illustrated.  [A current list of completed illustrations is here.]  We need your help and talents to expand this exhibit. Any ASBA member or artist who has produced or would like to produce scientifically accurate botanical illustrations of any of the listed plants is invited to participate. You can find the list on the SEINet website under “North Mountain Plant Inventory Project”.

We also received a grant from the American Society of Botanical Artists (ASBA) to develop a 5-minute video to enhance the exhibit experience emphasizing botanical art and work of the Citizen Scientists. We will film in the spring and present the video at the 2014 ASBA conference in Denver. Future plans for the exhibit include interactive trail guides and specialty exhibits focusing on such topics as ethnobotany, invasive species, and desert plant adaptations. The sky is the limit! – Marsha Bennett 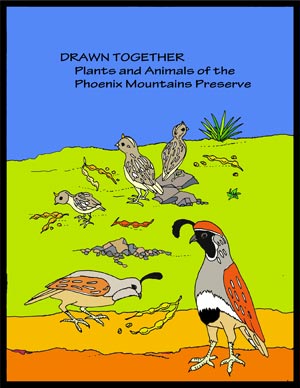